Concerts on the Dock 2015, photo by Deja View Photography

The ‘Concerts on the Dock’ are some of our favorite events throughout the year, and have become the sign for many of us that summer has truly arrived! These FREE outdoor music events take advantage of a beautiful waterfront setting in Pope Marine Plaza, and the lineup this year is going to be incredible. Come to dance, see your friends, enjoy a beer and have a bite. In addition to loyal, perennial vendors Daily Bird Pottery, Magical Henna and James Jackson Massage, we’ll have food at every concert alternating between Mo Chilli BBQ and Paella House, coffee from Java Gypsy, Popsicle by PT Pops, and vegan ice cream at select shows by Fiddlehead Creamery! Bring a chair or a blanket and settle in for some great tunes.

Join us for an Evening of Local Tastes of Port Townsend Food, Beer, Wine, Cider and Desserts!

This is an amazingly tasty fundraiser for the Port Townsend Main Street Program, a 501c3 nonprofit.

TICKETS ON SALE  AT THE DOOR or Until Noon on 6/8 at www.eventbrite.com or

And Select Sips from:

Coming Your Way in May—Rhodies and Races, Food and Fun!

The Jefferson Healthcare Rhody Run will be celebrating its 38th year in 2016 and is one of the Northwest’s best-loved races. Although we’ve grown a lot since the first Rhody Run in 1979, this race is still very much a community event. From the hundreds of volunteers who help out as race officials to the throngs of local residents who line the streets to cheer on every runner, we are both proud of and humbled by the enthusiastic community support that we receive year after year. Without this support the Jefferson Healthcare Rhody Run would be impossible.

Online Registration for individuals closes at 5pm PDT on May 14, 2016! Click Above!

Our active facebook page will keep you up to date with all the happenings, results, changes etc. about the Run.

If you would like to become a sponsor, please email us at: ptrhodyrun@gmail.com

Spring YAWP (Your Alternative Writing Program) – 2016, was launched as a reaction to the branding, marketing, and career networking of AWP. We desired to create, instead, a retreat place for writers to live in cozy cabins and focus deeply on your work.

We’re totes about community and reading and writing and doing guided freewrites and writing exercises and creating new work and having good food at PT restaurants and being underneath the March sky and being around the firs and sitting under a madrona and hunting for eggs and and and and and and and   this will be our third YAWP session in less than a year!

Cost: $195 (to cover the cost of the Suds cabins, and the open-mike space.) Have you published fifty novels? $195. Are you writing your first-ever poem? $195. Meals are not included: what’ll happen is some folks’ll contribute together for communal meals; and some folks’ll do their own meals in the ten kitchens provided; and some folks’ll go into town.

National Geographic calls Port Townsend “one of the most sophisticated places west of Seattle,” and arts and entertainment is a large part of the reason why.

Arts & Entertainment in Port Townsend. For more than three decades, artists of all ages have flocked to Centrum, the nonprofit arts organization located at Fort Worden State Park, for artist residencies, workshops and performances. Centrum’s summer performance festivals in music and literature are national events, drawing thousands to the area. 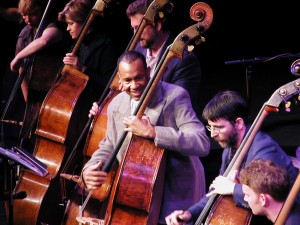 Located at the entrance to downtown,Northwinds Arts Center is a hub of visual arts and literary activity, producing educational programs, lectures, readings and workshops, and by providing juried and invitational venues for displaying the work of regional artists.

Key City Public Theatre is perhaps the most active and vital theater organization on the Olympic Peninsula. Their year-round slate of performances and workshops draws audiences from around the region.

Port Townsend’s location, coupled with its proximity to the Seattle/Vancouver/Portland metro areas, makes the town an attractive destination for national music acts and audiences looking for intimate performance experiences.

From music, to theater, to visual and performing arts, Port Townsend is a destination not to be missed. Be sure to visit PTGuide.com’s comprehensive arts and entertainment calendar to find out what’s happening in Port Townsend.

“American-born English playwright Phyllis Nagy wrote the first draft of the script in 1996. Almost 20 years and many drafts later, we have Todd Haynes’ immaculate, dream-like Carol–in which Cate Blanchett and Rooney Mara take us inside a passionate story of desire and retribution that’s both satisfying and disturbing.” Paul Byrnes, Sydney Morning Herald. Read more HERE.

Join us for a conversation with poet and professor Kate Reavey, following the screening. Kate’s work as a poet has taken her around the world, with a fellowship to study in Florence as she pursues her doctorate in literature. Her work at Peninsula College helps other poets find and refine their voices.

The film, Carol, is based on the novel, The Price of Salt. Author Patricia Highsmith became well known for her “poison pen” with disdain for Jews, blacks and homosexuals. The novel was written in her early career, and thought to be autobiographical.

Back by popular demand from PTFF’s screening at the 2015 Festival! In collaboration with The Jefferson County Community Foundation Fund for Women & Girls, join us for a public screening of the film, The Mask You Live In, followed by a panel discussion. Details HERE.