National Geographic calls Port Townsend “one of the most sophisticated places west of Seattle,” and arts and entertainment is a large part of the reason why.

For more than three decades, artists of all ages have flocked to Centrum, the nonprofit arts organization located at Fort Worden State Park, for artist residencies, workshops and performances. Centrum’s summer performance festivals in music and literature are national events, drawing thousands to the area. Located at the entrance to downtown, Northwinds Arts Center is a hub of visual arts and literary activity, producing educational programs, lectures, readings and workshops, and by providing juried and invitational venues for displaying the work of regional artists.

Key City Public Theatre is perhaps the most active and vital theater organization on the Olympic Peninsula. Their year-round slate of performances and workshops draws audiences from around the region.

Port Townsend’s location, coupled with its proximity to the Seattle/Vancouver/Portland metro areas, makes the town an attractive destination for national music acts and audiences looking for intimate performance experiences.

From music, to theater, to visual and performing arts, Port Townsend is a destination not to be missed. Be sure to visit PTGuide.com’s comprehensive arts and entertainment calendar to find out what’s happening in Port Townsend. 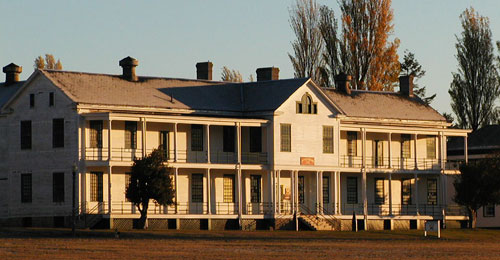 On January 1, 2016 CAM will once again be participating in the State Parks First Day Hike Program. Coast Artillery Museum – Port Townsend. We’ll be starting near Battery Randol/Memory’s Vault at the top of Artillery Hill. This year we’ll be doing it a little differently. We’ll give a brief historical talk, then provide people with a pamphlet that provides a self-guided walking tour. That way people can take as long as they want, and cover as much of the area as they’d like. We’ll also provide at least one guided tour at 1 PM, plus additional talks and self-guided tour information as people show up until 3PM. Bring a flashlight if possible, cell phone flashlights will do, and people can share a light if necessary.

Coast Artillery Museum – Port Townsend. If we have enough volunteers current plans are to also have the Harbor Entrance Control Post open for tours, and we may start everything there. If so there will be signs directing people to the HECP from Memory’s Vault, it’s about 100 yards away.

The Coast Artillery Museum is open every day.

The museum is located in Building 201 (one of the original 1904 Barracks) next to the Park Office at Fort Worden. It is open 365 days/year 11 a.m.–4 p.m. Memorial Day weekend through Labor Day weekend we have extended hours on Fridays and Saturdays: 10 a.m.–5 p.m. Admission: Effective April 1, 2013 rates are $4 adults, $2 ages 6-12, and a $10 family value package covering 2 generations. Admission is free for children ages 5 and younger and active duty service members. Effective August 15, 2014 partners and dependents of active duty military service members pay half price. Group rates are available for students, scouts and similar organizations by prior arrangement. Please Contact the Museum.

Help support Washington State Parks, purchase a Discover Pass. Passes are available at (click on the names for a Google Map) the Friends of Fort Worden Gift Shop (in their new location), the Coast Artillery Museum at Fort Worden, the Marine Science Center at Fort Worden, the Registration Desk in the Commons, and some other Fort Worden Partners for $30 without any additional charges so you save $5. Because the Partners sell the Pass at cost without any markup, some only take cash or checks. The Coast Artillery Museum, the Gift Shop and the Registration Desk in the Commons can accept credit cards.

Visit Fortworden.org for information about accommodations and events at the Fort.

Memorial Day weekend through Labor Day the Harbor Entrance Control Post will be open for tours on Saturdays from 11 AM to 3 PM, and there is a free, guided Walking Tour of Artillery Hill beginning at 1 PM on Saturdays, starting in the grassy field near Battery Randol. The walking tour covers 1-1.5 miles and can last up to 2 hours if people are interested, but you’re welcome to join up or leave at any time. A flashlight is advised, but not required. Donations are always appreciated, we have a box at the HECP when it’s open, and always at the Museum. Occasional extra days are scheduled, please see our Upcoming Events page for details.

The tours are also available for groups at any time by special arrangement, please call the Museum at (360) 385-0373 to discuss it. For those unable to walk to the top of the hill, you can check in at the Park office and present a Washington State disabled parking pass or equivalent to make arrangements to drive to the top of the hill. You will still need to be able to navigate uneven ground and some stairs to make the tour itself.

For information about other events at Fort Worden, and for reservation information please see FortWorden.org.
If you’d like to become a member of the Puget Sound Coast Artillery Museum you may download this Membership Application.

Open 12 noon to 5 p.m. daily, May through September. Open weekends in March and April.

Fort Worden is an early 20th

century U. S. Army (Coast Artillery Corps) fort. The Fort, as headquarters for the Puget Sound Harbor Defenses, held a strategically important position in the triangle of defensive forts constructed to protect the entrance to Puget Sound and to safeguard the naval shipyard at Bremerton. Twelve-gun batteries stand as mute testimony to the Fort’s original purpose.

When Fort Worden was commissioned in 1902, there were no permanent buildings to house the troops. The men were billeted in tents atop Artillery Hill until the first 23 buildings were constructed around the parade ground in 1904. Ultimately, 228 main buildings and subsidiary structures were constructed—including barracks, officers’ quarters, administration buildings, kitchen and mess halls, a bakery, guard house, hospital, power house, signal station and wharf.

Most military buildings of this era are long gone, but Fort Worden’s have been preserved. These surviving quarters are excellent examples of the attractive order, style and grace of the new century. The designs were created by the U. S. Army Quartermaster Department in order to make life more bearable for its soldiers in the often-isolated posts.

The Blue Gull Inn B&B is one of the first homes built in Port Townsend, WA. Our home was built by ND Hill in 1868. If you can imagine, our home was built 3 years after the end of the Civil War. ND Hill had a large family and needed a large home with a large dining room. Perfect for a Bed & Breakfast. Join us for a great Breakfast!!! ND Hill was our local pharmacist, back then a pharmacy is a combination today of a pharmacy and hardware store.

OUR MISSION: INSPIRING CONSERVATION OF THE SALISH SEA

Through its various programs, the Port Townsend Marine Science Center:

The Port Townsend Marine Science Center was founded in 1982 by two teachers and was initially run entirely by volunteers. Over the years the science center has continued to grow in a steady, thoughtful manner, and its volunteers, now numbering more than 100, are still integrally involved in the organization. Throughout its development, PTMSC has remained committed to its mission of inspring conservation of the Salish Sea.

Judy was a founder of the Port Townsend Marine Science Center back in 1982. Judy has had many roles at PTMSC over the years, including designing and coordinating many of our education programs for students and teachers.

Judy loves the challenge of creating experiences that make scientific information clear, accessible and interesting to everyone.

Libby was a founder of the Port Townsend Marine Science Center in 1982 along with Judy D’Amore. She has served the Center in many ways over the years including researching, designing, and creating the original contents for the Natural History Exhibit, developing and conducting teacher training workshops (Onshore/Offshore), developing and teaching the first day camps, and managing the Orca Project (with Chrissy McLean and Heather Jones).

Northwest Maritime Center. The mission of Northwest Maritime Center is to engage and educate people of all generations in traditional and contemporary maritime life, in a spirit of adventure and discovery. We’re many things, and at our core we are a campus that uses powerful maritime experiences to educate, inspire people to adventure, and celebrate our maritime culture. We do it for our own love of boats, in service to the local community and maritime industry, but mostly because regardless of the  subject, the sea is the most powerful teacher we know.

Rent Our Facility
Located at the intersection of the historic downtown district and Point Hudson, our LEED Gold-certified facilities include meeting and event spaces that can be configured to accommodate a wide range of groups–from small meetings to large celebrations.

Learn Our History
Founded in 1978, after the first and highly successful Wooden Boat Festival in Port Townsend, the Wooden Boat Foundation has grown over three decades to serve nearly 150,000 people annually in its educational programs, events and services.

Meet the Staff
Contact information for our staff of full- and part-time year-round employees.

Join Our Staff
See what openings we may have available.

Meet Our Sponsors
Learn more about the great businesses and community that support our organization.

Meet the Board
Meet the hardworking men and women who serve on our Board of Directors.

Meet the Pilothouse Association
Meet the generous individuals and organizations who helped get us off the ground.

Read Our Annual Report (PDF)
View our most recent (2014) Annual Report for an overview of our programs and a list of our many supporters.

Enjoy these short videos showing different aspects of our work and how our supporters make amazing things happen here at the Northwest Maritime Center! (Click to view.) Sequim Lavender Festival 2016. A world class street fair, lavender farms, and a host of community events make the Sequim Lavender Weekend one of the biggest lavender celebrations in the country.

For close to two decades, Sequim and the surrounding Dungeness Valley have been internationally recognized as the premier growers of this fragrant herb. Family owned farms are prized for the special attention they give to growing the finest lavender in the country.  Sequim is bursting with activity during this three day celebration of everything lavender the third weekend in July.

This website is updated as new events and details are finalized.  Check back often for the latest information.

Get the details on all of the 2015 lavender events!  Check back in the spring of 2016 for updated information.
Learn about Farm Tours
Learn about the Sequim Lavender Festival Street Fair
Learn more about Community Events during the weekend

The City of Sequim is proud to produce the official event map for Sequim Lavender Weekend providing an overview of all of the events occurring during the weekend for the convenience of our visitors.

All of the farms have different activities and featured events during the weekend.  Please check the official program, the information on this website, and individual farm and community organization websites for more details on their events.

Looking for a place to stay? Enjoy a great breakfast at the Historic Blue Gull Inn B&B located in Port Townsend. Great dining, shopping and beaches await your visit to the Olympic Peninsula. Have fun at the Lavender Festival.